Do you ever meet up with that one friend and you just…pick up where you left off?  Is it like no time has passed?  That’s how it is with The Rustling Family.  I take great pride in being their ‘go to’ photographer.  Our time began about 8 years ago when they were just starting to grow their now family of five.  We had met in Hawaii; I documented their little family for about three years.  Then military orders sent us our separate ways, until recently.  This family now calls Niceville, Florida home.  A perfect and appropriate town for this family of five.  They are about the nicest, chilliest folks I’ve come to know.

Truth be told, when I found out we were neighbors again, I reached out and invited them to a photo shoot.  It was my way of saying ‘thank you’ for their loyalty and return business.  This was also a great way for me to take in some of the more urban backdrops of Grayton (hard to believe, it is NOT all white sandy beaches!).  It turned into a lovely day of exploring the city-side of life here, then plodding on down to the infamous beach scene.  Much like a clothing change will give a ‘two-for-one’ feel, changing up the scenery did the same thing!

As mentioned, I’ve been taking pictures of The Rustling Family for years.  On this particular shoot, it was the first time I’d met their son.  He was super excited about the beach and freedom to run.  Admittedly, he was not super excited about having his picture taken.  Pictures poses require sitting and if you have boys, you know their M.O. is MOVE!!!  In the one shot, you can see him looking to the side, as if to say, “Uhm…I hear the ocean calling me. Are we done here yet?  Sigh…”  I took inspiration from mom though.  She was incredibly understanding of her little boy.  He could opt to be in the photo or not.  When he opted to ‘not’, it gave us some great opportunities to photograph the girls.  They were, after all, the ‘original’ set.  Taking pictures of these two was a chance to highlight that special relationship, known only between sisters.  It is evident in the one where they’re holding hands, looking into each others eyes, assuring each other that they will be there for one another.  The bond of sisters is indescribable.  These two are no different.  It took me right back to the beginning of our friendship, reminiscing about the photo shoots when they were just the fab four on the sandy beaches of Hawaii. 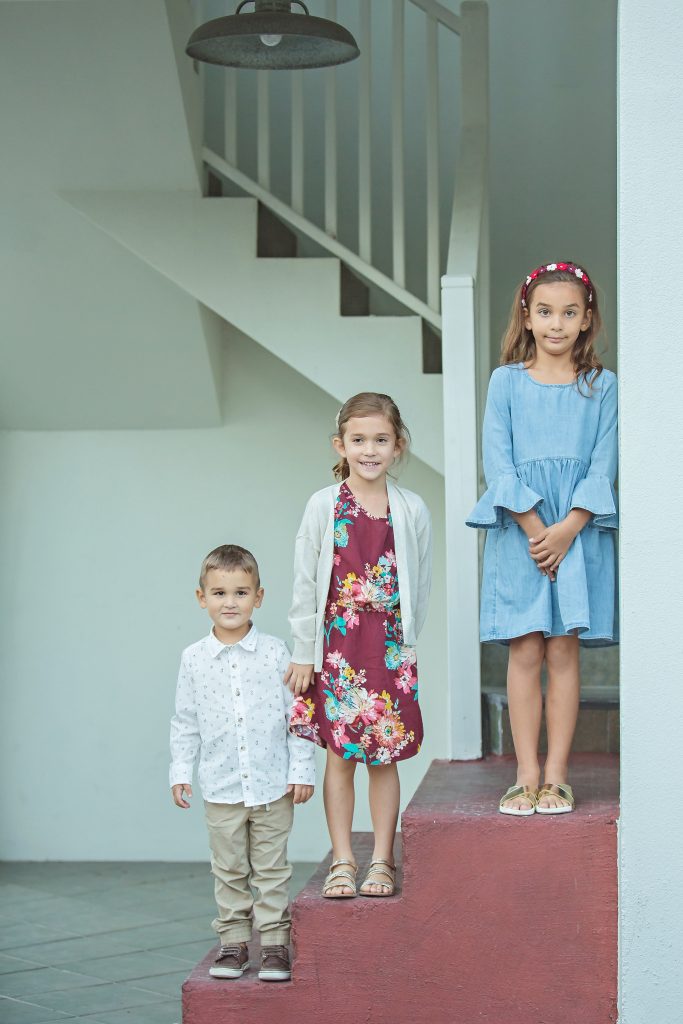 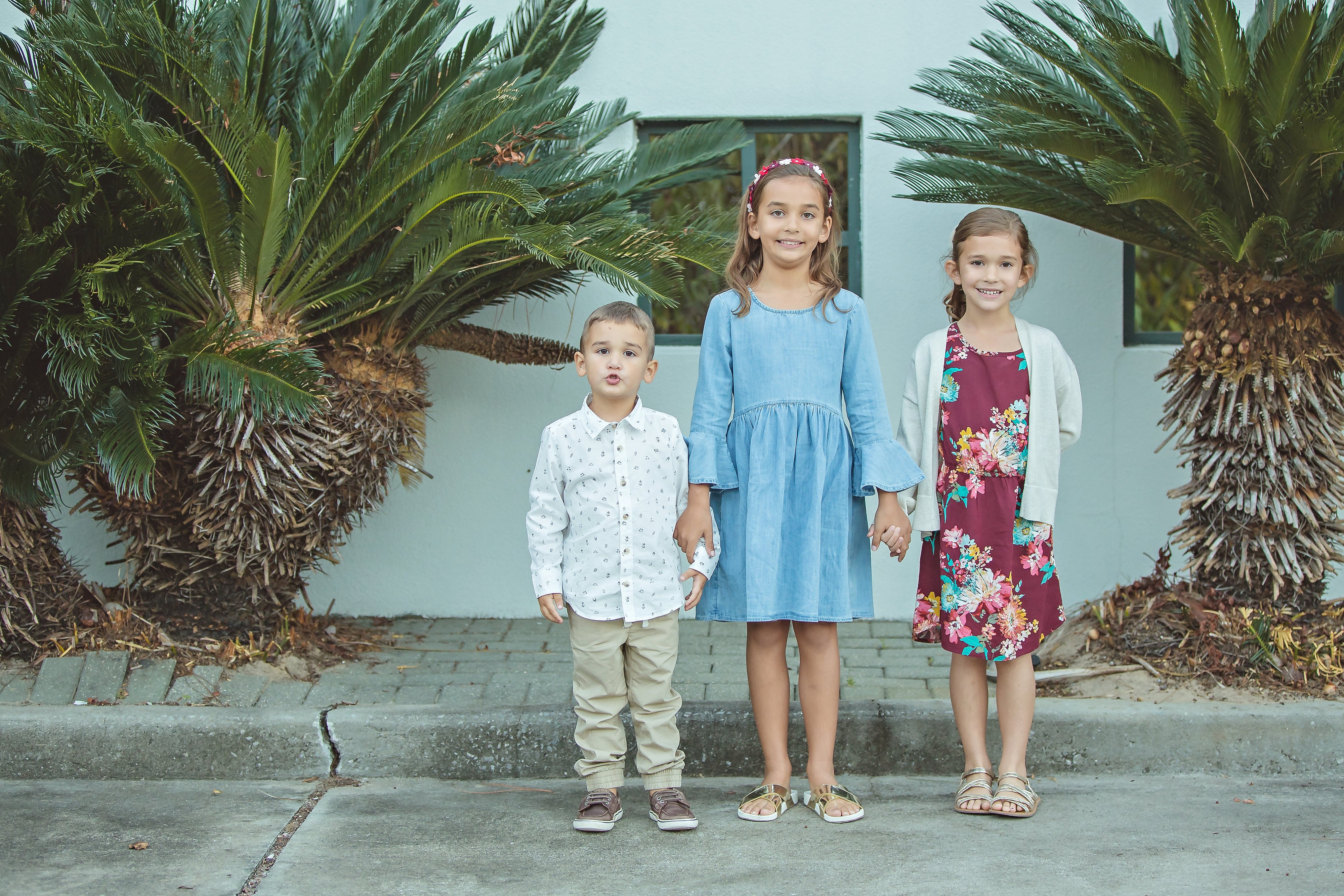 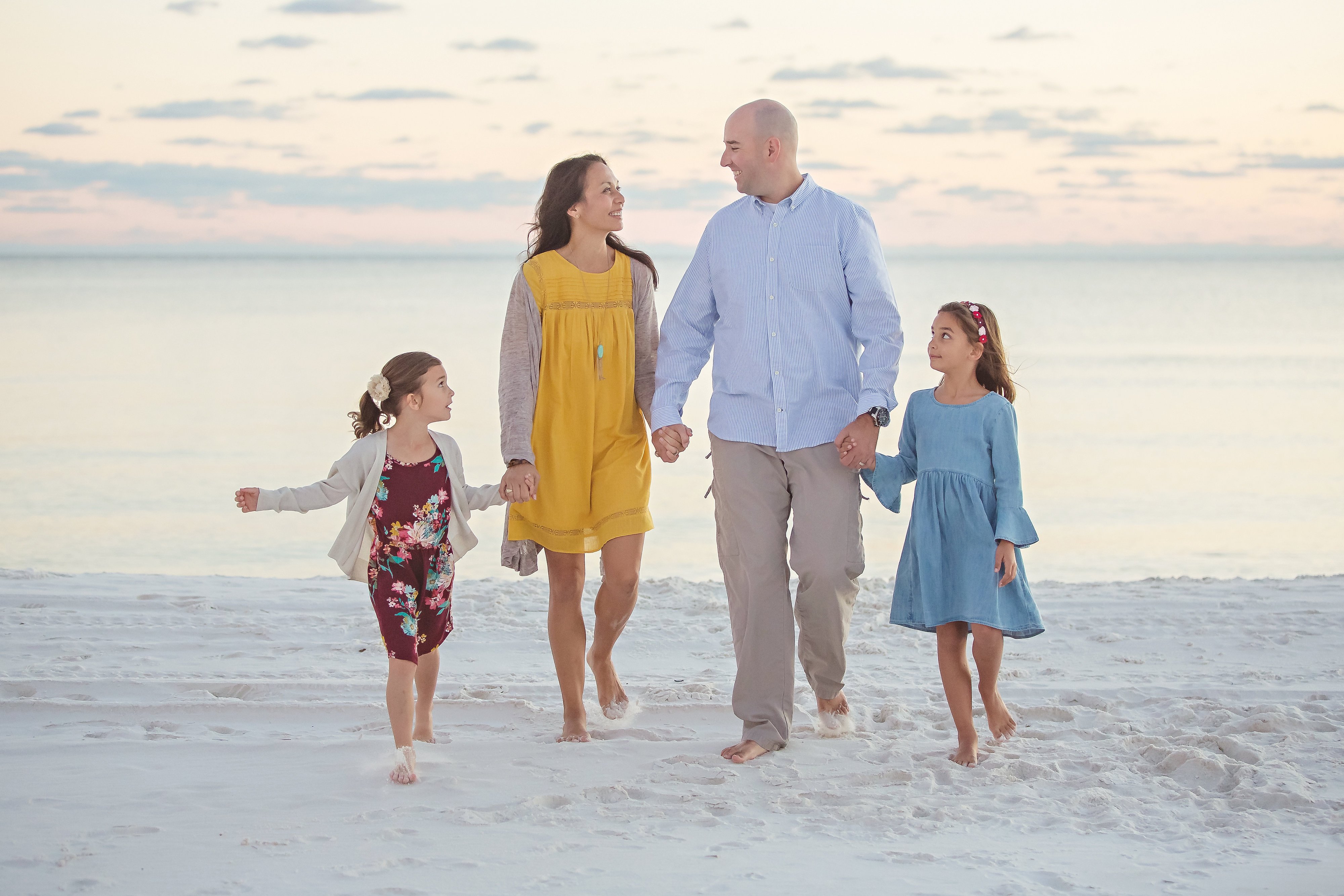 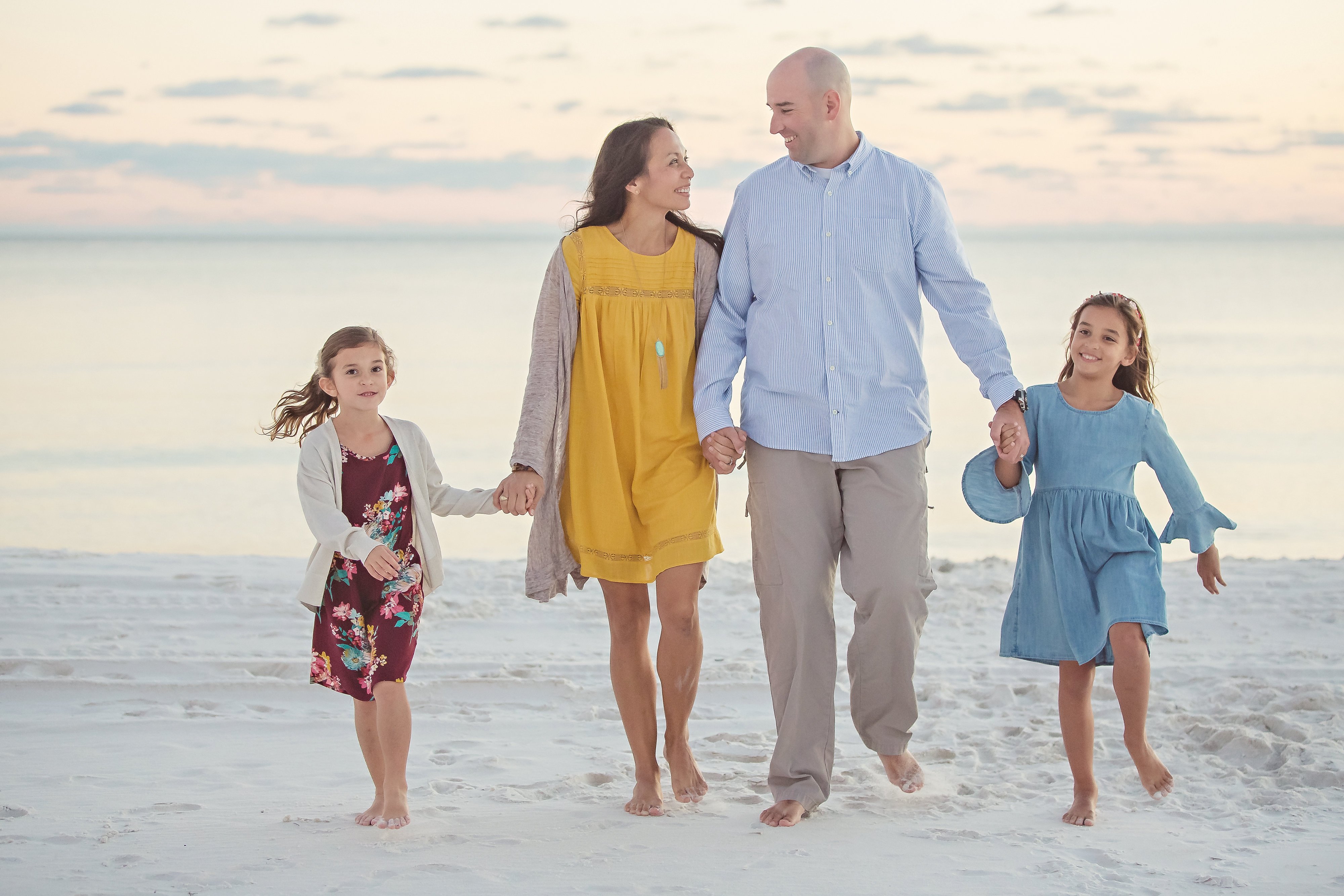 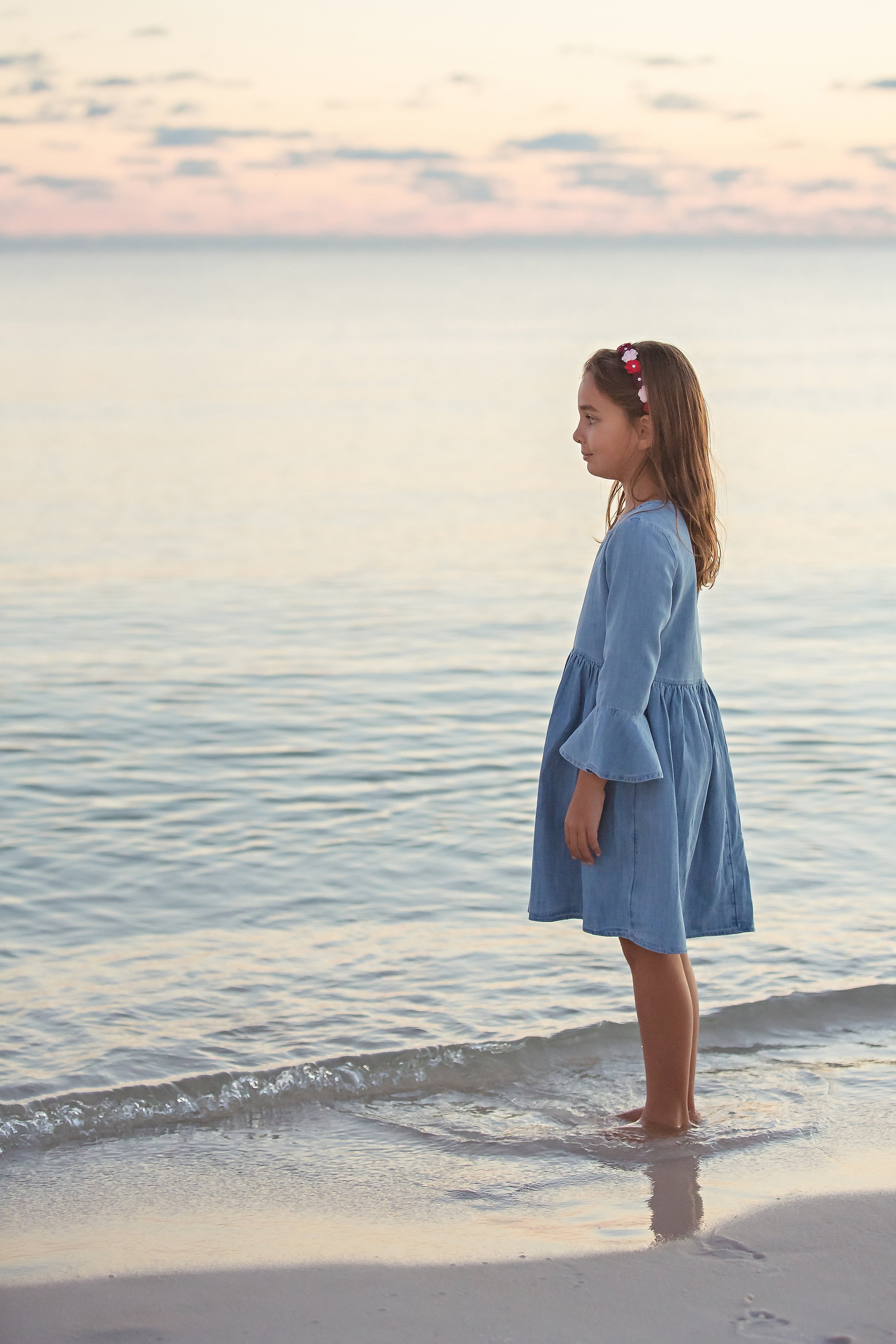 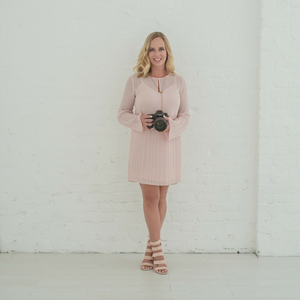 I’d love to talk to you about photographing your family on Grayton Beach. Check out my pricing page to discover details and availability information.

To learn more about me, Alyssa, take a look at my about page.

Book a discovery call. I look forward to speaking with you.
SCHEDULE NOW 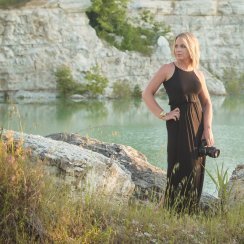